The Adventure Rangers organized a camp at Sungai Congkak, Hulu Langat, Selangor. The theme for this camp was “Let’s GEM (Garner Eternal Material) for GLORY” taken from Matthew 6:19-20. A total of 34 Rangers & Commanders attended the camp.

On the sunny day of March 27th, the Adventure Rangers gathered at CCC in Bukit Jalil. The trip started off with a devotion given by Executive Pastor Peter Ong. Every camper’s face were shining with a big smile, all were excited and ever ready.

Upon arriving, the Adventure Rangers were briefed on camp rules by the commanders before setting up their campsite. Right after lunch, they were tested on their skills on compass, toolcraft, and ropecraft. They were at all ears when the commanders taught them each important step. 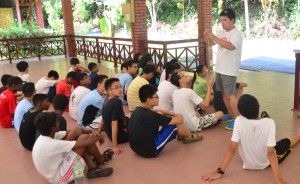 Later on, it was time for water play in the river! The Adventure Rangers had been waiting for this moment throughout the hot afternoon. After dinner, the campers gathered at the hall as Outpost Commander Esther Ong gave a short devotion. Before sending them back to their campsite, Commander Loh Chee Wah briefed them on the next day’s hike preparation.

On the second day, the Rangers readied themselves for their hike up to Sungai Lolo. God had blessed us with good weather throughout the whole hike. Halfway up the mountain, we discovered two wild dogs guarding in the middle of the trail. The Rangers were advised to stay back as Commander Ong Soon Aun evaluated the situation. The dogs didn’t seem friendly but Commander Ong was able to disperse them for us to continue on the hike.

When the Rangers reached Sungai Lolo, each group was required to build a fire to cook their own lunch. Each tinfoil wrapper contained hamburger patties and sausages; all the Rangers enjoyed their self-cooked meal.

During the hike down, the Rangers began singing without stopping which gave them strength to complete the hike. Back at the campsite, the Adventure Rangers now had to prepare dinner for themselves and the Commanders! Dinner was scrumptious and finger licking good. After washing up, the Rangers prepared themselves for that night’s Campfire.

The main theme for our campfire was based on the Royal Rangers emblem. It was the 8 blue points, 4 red points, and 4 gold points. A total of 8 commanders held each fire torch with a Ranger Code and started off the campfire session as they ignite the top of woodpile together. 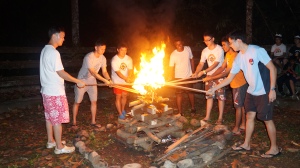 All too soon, it was the third and final day of the camp. It was time to pack up and break camp. All the campers went home exhausted but full of camp stories to tell their parents. It definitely had been a great camp and we thank God for all His providence. 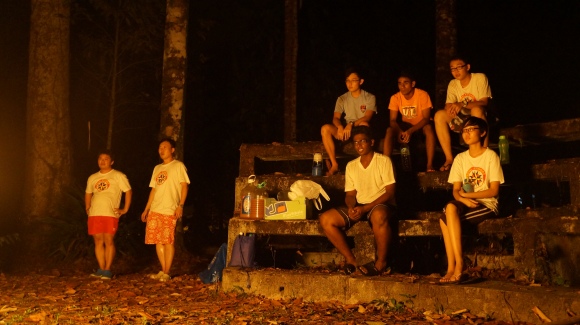 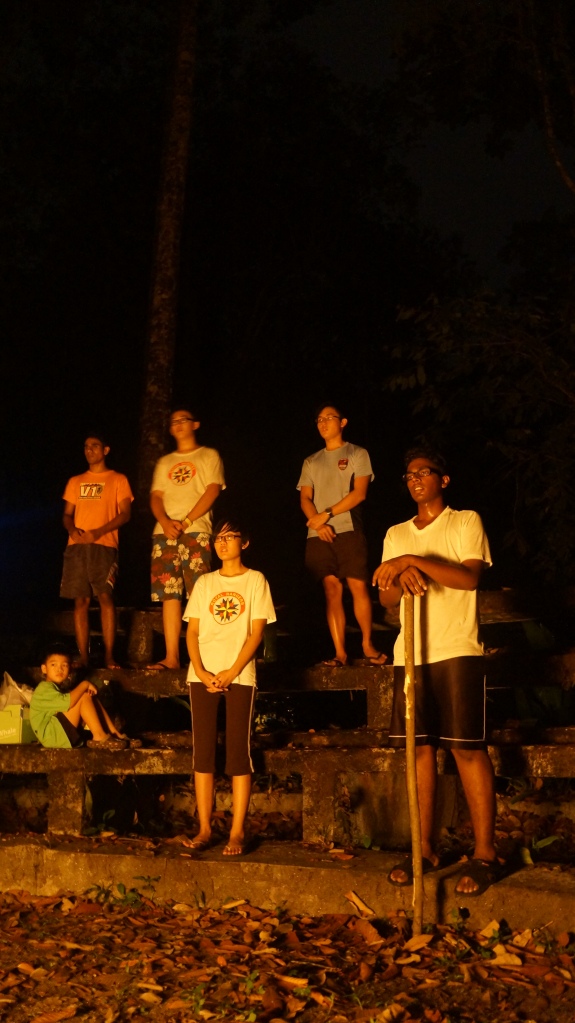 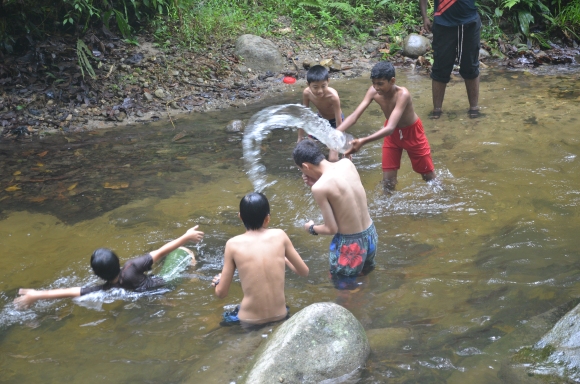